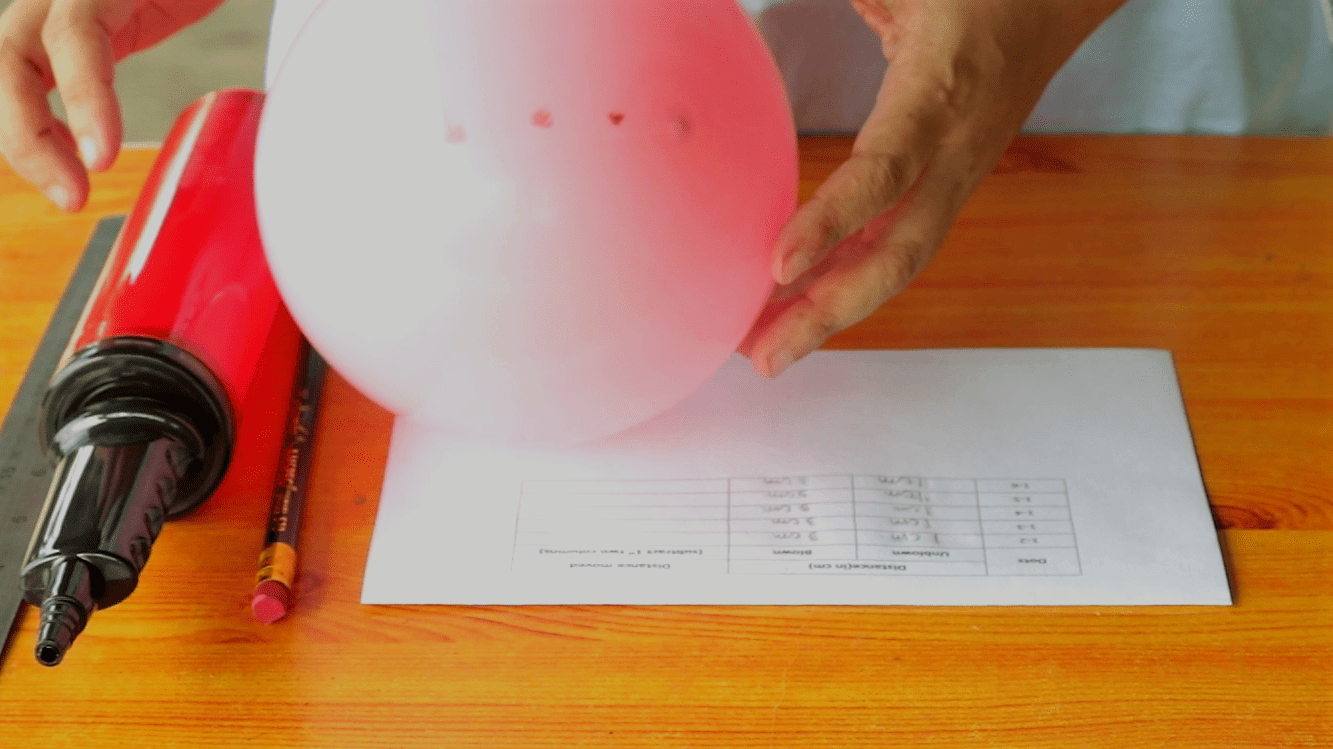 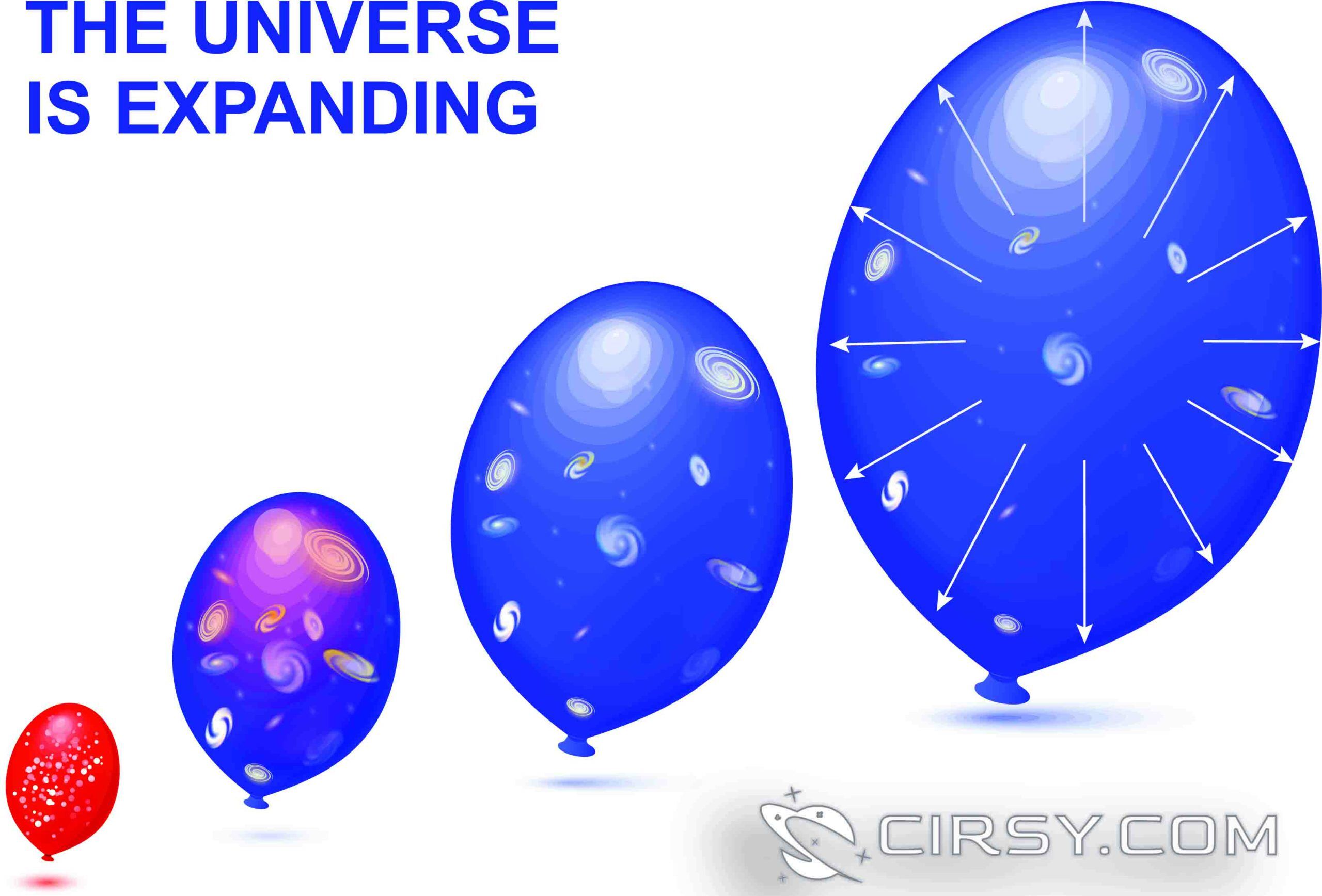 Scientists believe that the Universe is not static; it expands at a faster rate. This means all the galaxies, stars, planets, and everything expands as the Universe is expanding. Not to confuse this expansion to the planets or stars or galaxies’ size, just the space between them expands.

Few million years from now, the stars that we see from planet earth today might not be visible; as the Universe is expanding, their positions in the sky might shift farther away from earth.

In this experiment, students will use a balloon to demonstrate the expansion of the Universe. 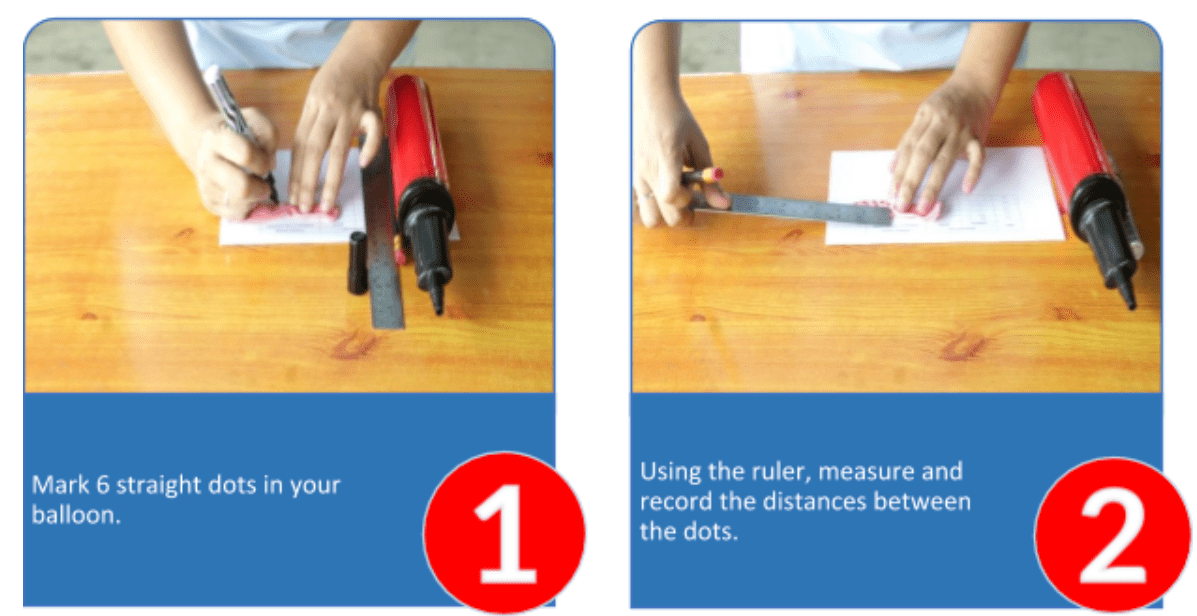 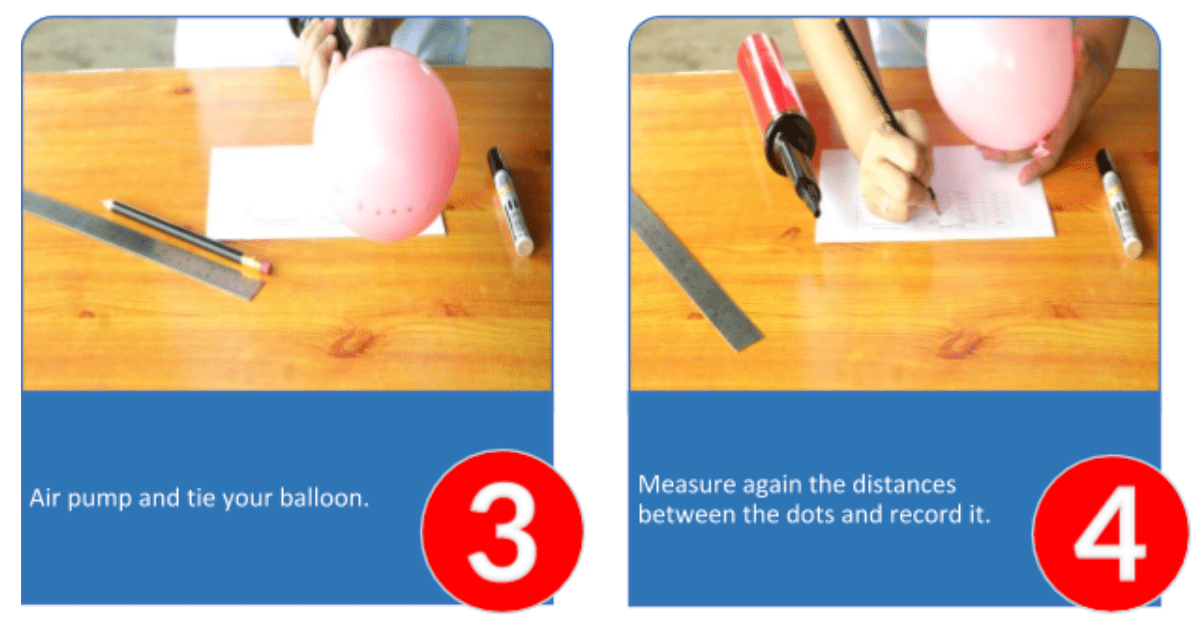 An inflating balloon is just a visual simulation but not precisely like the expanding Universe in the real world. In reality, space is visualized in three dimensions, but we could only observe an expansion in two dimensions with the inflating balloon. In this experiment, you can learn that space is stretching out between galaxies like the balloon stretches when inflated. This stretching of space, which increases the distance between galaxies, is what astronomers mean when the Universe expands.

Every point in the balloon represents a galaxy. When you inflate the balloon, the points slowly spread apart from each other because the rubber stretches into space between them. students can measure the stretch in length using a ruler before and after the inflation of the ballon.

The Key Takeaway is, the space between the Universe is expanding but not the size of the actual stars or galaxies.