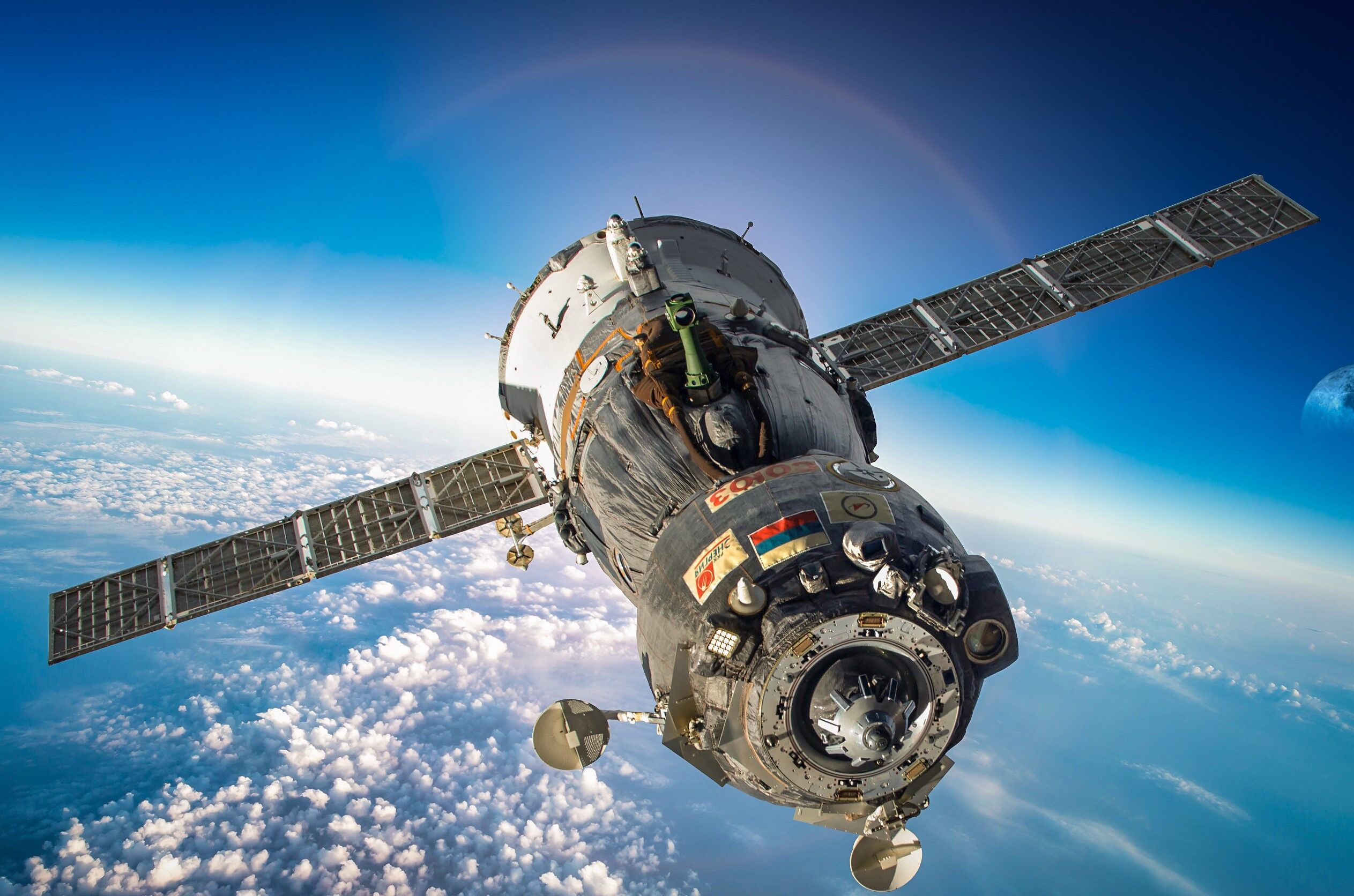 The Soyuz spacecraft belongs to Roscosmos (the Russian Space Agency), Soyuz is used to transport cargo to and from the International Space Station, and until recently, it has been the only spacecraft that can carry astronauts from various nationalities to and from the ISS. Since the sixties, the Soyuz has been modified multiple times to match different needs and specifications.

Missions: the Soyuz spacecraft has launched more than 1600 times since its first crewed mission in 1967. All the missions have been either delivering cargo and astronauts to various space stations or delivering satellites and equipment into space. The Soyuz delivered some memorable missions as well, including in June of 1971 when Soyuz 11 carried three cosmonauts to the first space station ever; “Salyut 1.” In July of 1975, a modified version of the Soyuz carried astronauts and cosmonauts for the first Apollo-Soyuz partnership between the U.S. and Russia. 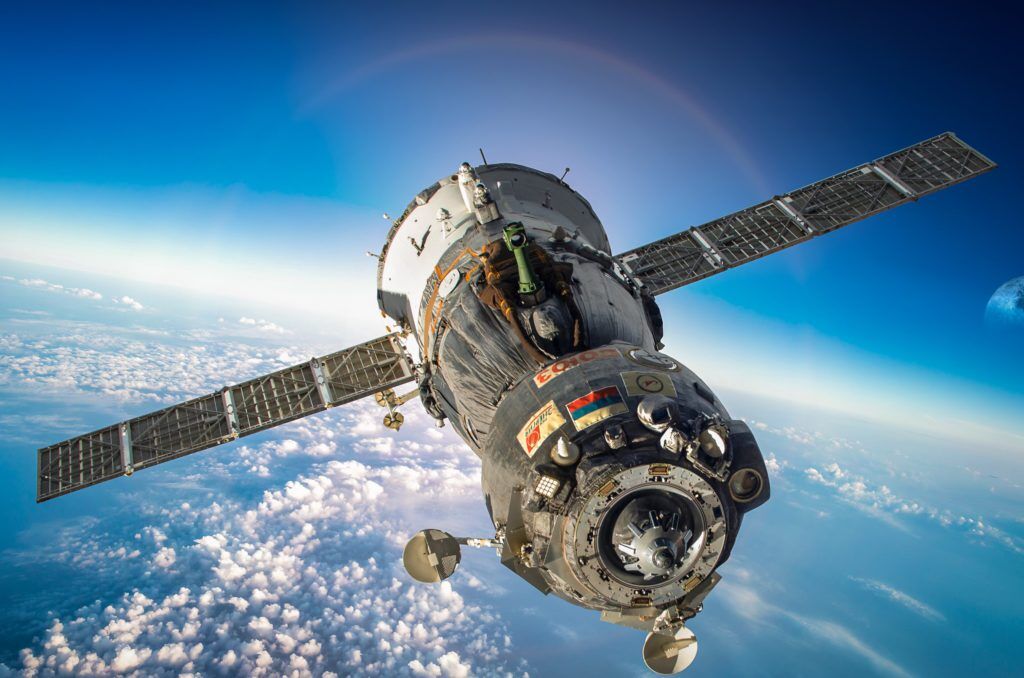 Spacecraft Soyuz orbiting the earth. Elements of this image furnished by NASA.

Below the image of the Soyuz Launcher (Image Source: roscosmos.ru)